Have you ever been curious about why garlic smells the way it does? Well, wonder no more. Read on about this hearty and versatile member of the lily family and find out how it came to be on everyone’s breath everywhere you would think to look.

If body movements denote their own language and a picture is worth a thousand words, then how many smells make up a sentence? Depends on the sentence, you might say. Well, that’s true. “Jack and Jill went up the hill” doesn’t fare quite the same with our nostrils as: “The garlic in Grandma’s carbonara wafted into the dining room, making all of our mouths water.” “Smells by any other name are still smells”, as one of my neighbors who was never without her gas mask used to say. Certainly within the animal kingdom, smells comprise their very own form of communication. My contention is that so does garlic; for no matter which country one calls home and no matter which language is one’s native tongue, the cuisine of almost every culture recognizes and utilizes garlic in one form or another. In that sense, it is a second language for everyone who crosses its wondrous, smelly path.

A man named Arthur Baer once said that there is no such thing as a little garlic. Whether this is due to its magical culinary power or because there can never be enough protection against vampires hanging in one’s home, is a matter of opinion. The superstition of garlic as a deterrent against evil and vampires is deeply rooted in Balkan folklore. The vampire legend is based partly on a real homicidal maniac; Vlad Tepes Dracula, whose name means devil in Romanian. In the fifteenth century, he ruled Walaachia, which is now part of Romania, as Vlad II and was affectionately known as Vlad the Impaler to his closest friends and enemies. (He didn’t have many of either by the time his reign was finished due to his bloodthirsty predilections.) Bram Stoker and later Hollywood romanticized the vampire, transforming him into a lonely, erotic, tragic figure, seeking lovely damsels to free him from his curse and to join him in an eternal game of chess within the chambers of his dark and drafty Transylvanian castle.

The word vampire comes from the Slavic word obyri or obiri, which evolved into the Bulgarian word vampir. Some say the Greek word , nosphorosos, meaning plague-carrier, that evolved into the old Slavonic word nosferatu is a synonym for the vampire. In our culture the words are interchanged often. Many of the early myths lumped vampires, witches and were- wolves together. It was thought that a vampire could be changed by sunlight into a lamb. This would occur whenever the bat form wasn’t in stock and Bela Lugosi was working on another film. The vampire would enter the house of the unwary and drink the blood of their children. To protect themselves from vampires, coffins were decorated with garlic cloves and gold. The vampire was thought to be a compulsive counter and would have to know exactly how many grains of garlic were required to engender eternal youth. (This can also be viewed as the beginnings of OCD, Obsessive Compulsive Disorder, which will be the topic for another article, coming soon to your local theatres.)

Warding off vampires along the misty backwoods of Transylvania is not likely to be one of your biggest concerns about garlic today. (But then again, who knows?) Garlic has its own history as well as its own language. Although it is not certain when it was discovered, it was probably first dispersed by nomads on the steppes of central Asia several thousand years ago. As early as the 8th century BC garlic was growing in the garden of Babylon. Chinese scholars spoke of it as far back as 3000 BC and there is also a reference in the Shih Ching (the book of songs), a collection of ballads said to have been written by Confucius himself. Garlic was so prized in ceremony and ritual, that lambs offered for sacrifice in China were seasoned with it to make them more pleasing to the gods.

Garlic was part of the Sumerian diet in the Middle East over 5,000 years ago. By 1000 AD, it was grown all over the known world, and was universally recognized as a valuable plant. It was introduced into France by Godefroy de Bouillon, not the bouillon cube inventor, but the leader of the First Crusade, who when he returned to France in 1099, was declared King of Jerusalem. 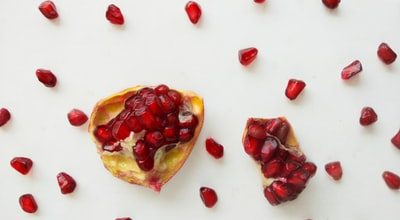 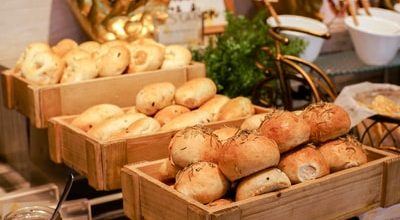